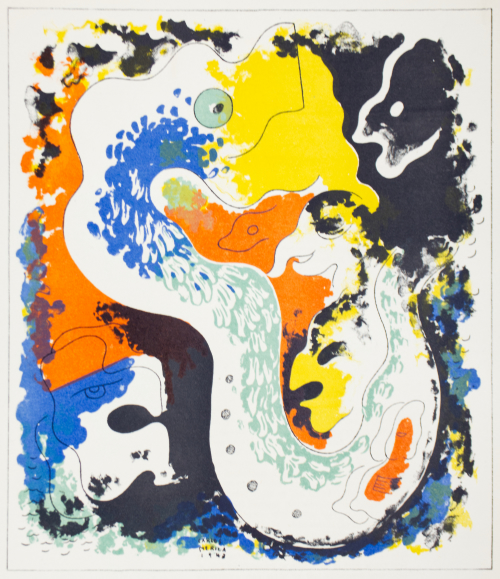 We all know Homer's Iliad or the Holy Bible, but what do you know about the Popol-Vuh? Like those other classic texts, the "Book of the People" was passed orally among the ancient K'iche' people in the highlands of southern Guatemala for centuries, until Spanish colonizers transcribed it upon arrival. The story preserves the Mayan creation myth and the adventures of the Hero Twins, Hunahpú and Xbalanqué, but converting from an oral story to a written account meant some things were lost.

In 1943, however, Guatemalan artist Carlos Mérida produced a fresh interpretation of the myth in a portfolio of 10 illustrations dubbed Estampas del Popol-Vuh.

"In certain ways, [Mérida's version] is more accurate," Hecho a Mano owner Frank Rose tells SFR. "They're living stories. So putting it into a visual form puts it back into seeing this abstract realization of these characters, these beings."