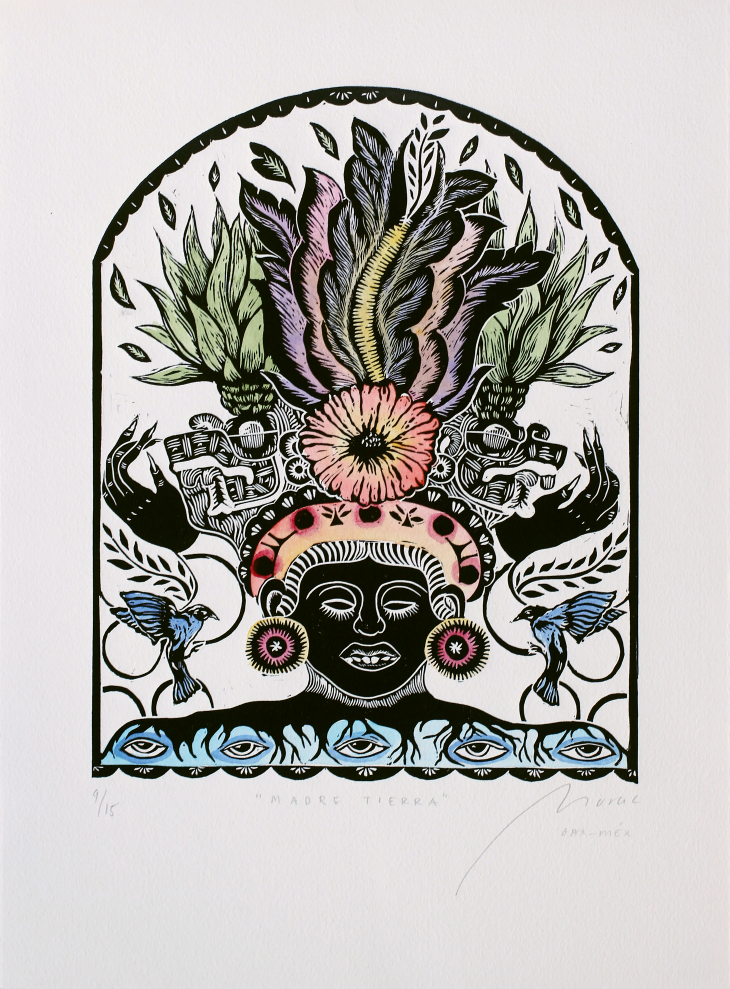 [Frank] Rose traces the recent flowering of Oaxacan printmaking to a 2006 teachers strike, which escalated into protests that used prints as a symbol of resistance. The uprising was quashed by the Mexican military during a seven-month occupation of Oaxaca City that saw at least 17 deaths. The civil unrest scared away many of the North American tourists who typically flock to the state in southern Mexico and its colonial capital to shop for handicrafts and to sample the local cuisine.

But while the tourists stayed home, a new generation of artists embraced printmaking. Their efforts were aided by education from the Taller de Artes Plásticas Rufino Tamayo school, founded in 1974, and the Instituto de Artes Gráficas (IAGO), founded in 1988 by Francisco Toledo, who died in September.