When a woman in the Peruvian town of Ayacucho commissioned Victor Huáman Gutierrez’s father to construct boxes for her family retablos, nine-year-old Victor came along for the journey to Peru’s central highlands. Huáman Gutiérrez remained for three months, helping make the boxes, and was inspired by the retablos he saw — so different from those of his own village, where retablo figures were made from molds. “They impressed me a lot,” Huáman Gutiérrez, who does not speak English, told Pasatiempo through a translator. “For the first time I felt an incomparable happiness. I wanted to be better than this guy. My idea at nine years old was to be the best in the world.” 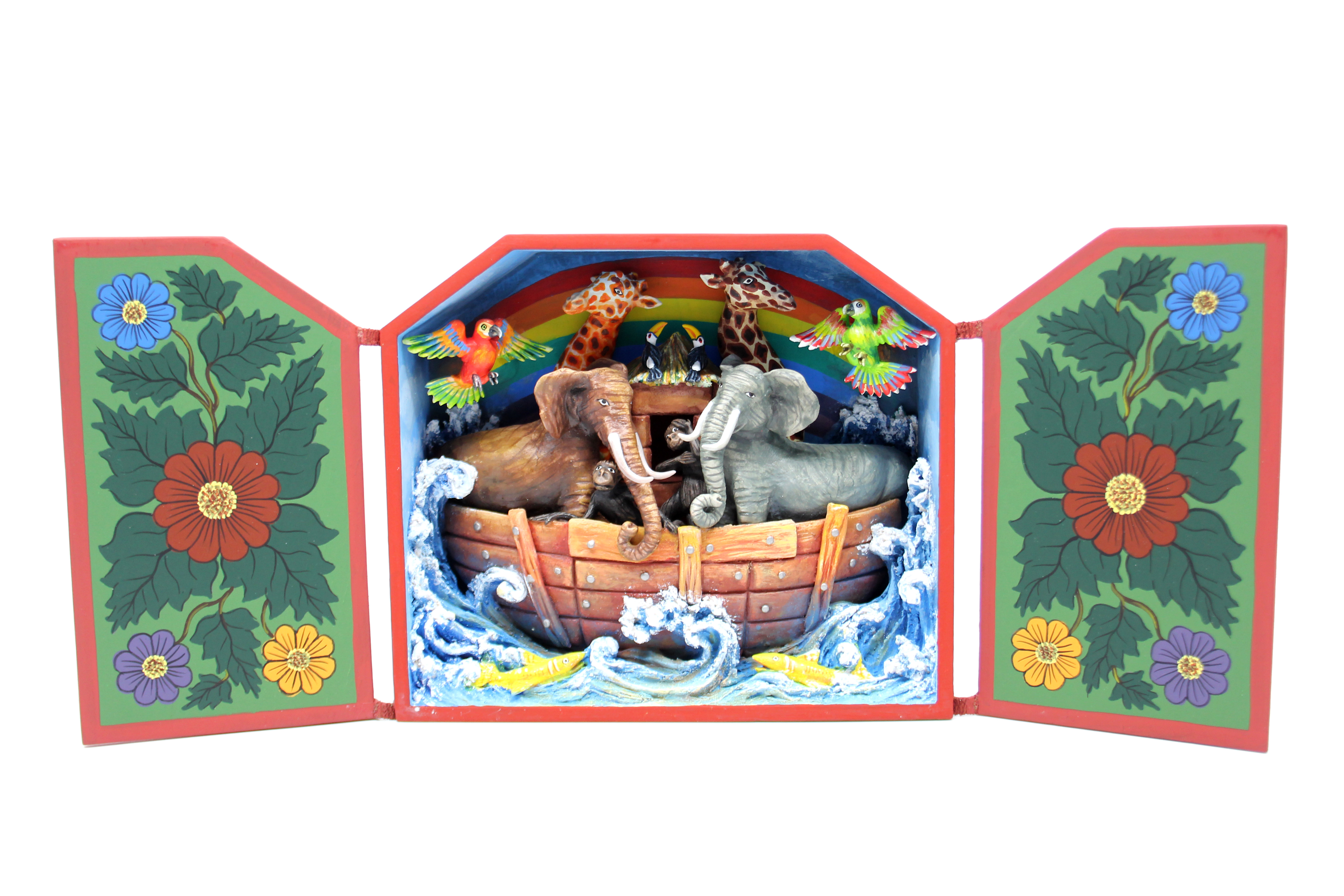 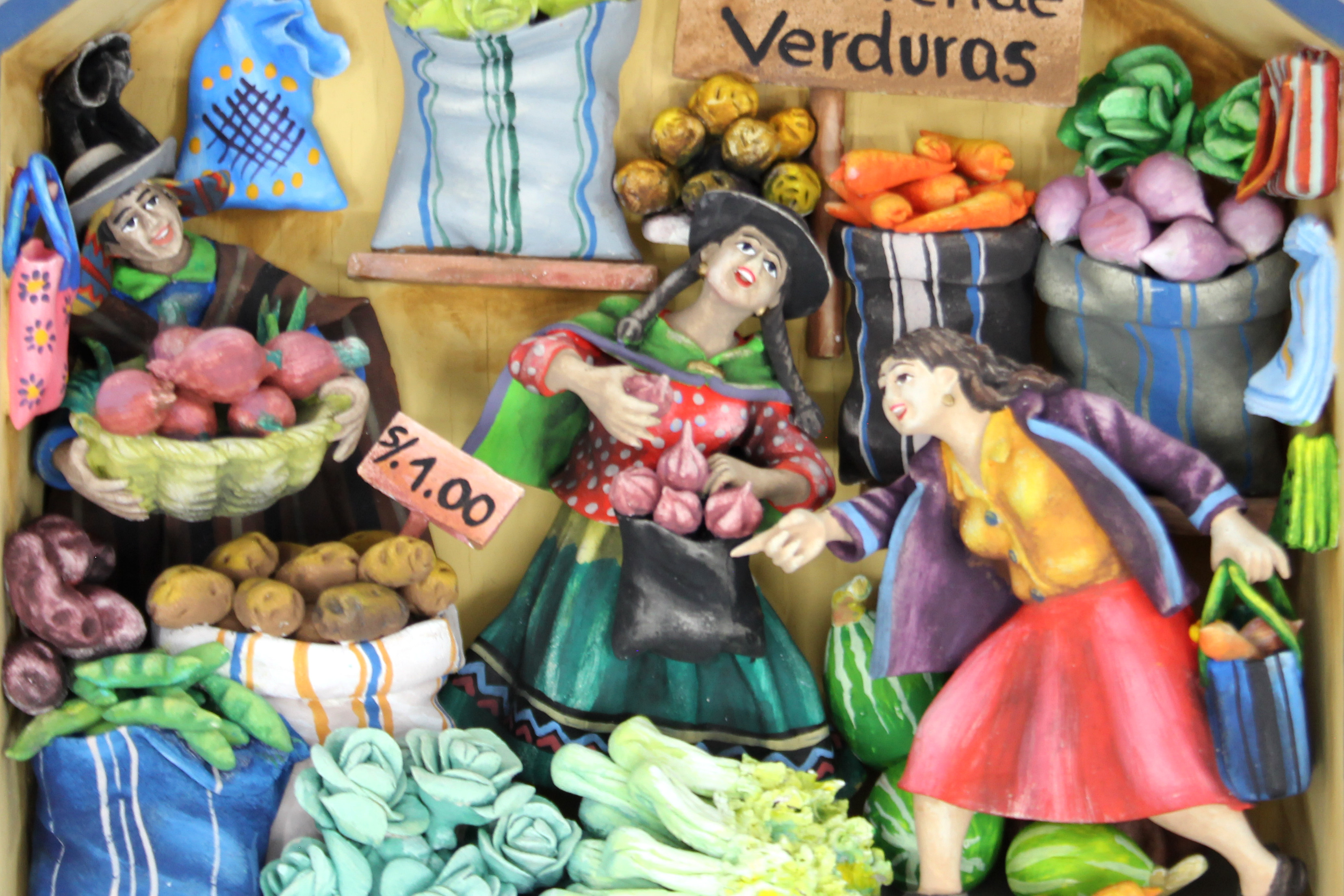 You may have seen Huáman Gutiérrez’s works for sale at this year’s International Folk Art Market, and his contemporary-themed retablos are on view in the exhibit Retablos: A New Voice at William Siegal Gallery through Tuesday, July 28. This is the first time his work has been represented by a U.S. gallery, and the market was his first experience selling his wares in such a venue. “I met him nine years ago in Peru,” said Santa Fe resident and Folk Art Market volunteer Shelly Batt. “He was about to stop working because he couldn’t make any money. He used to participate in national contests, but they’re kind of like a scam, because whoever promotes the contests keeps the works, and the winners get very little pay in exchange. The last contest he participated in — for which he created a brilliant piece of art about the wars in Peru, with 15 retablos depicting the Incas up to the present day — they gave him money, but it was nothing near what he deserved, so he stopped doing that. He couldn’t support himself.” Batt, who hosted Huáman Gutiérrez while he was in Santa Fe, is also his benefactor. “I started buying his stuff so he could keep working,” she said.