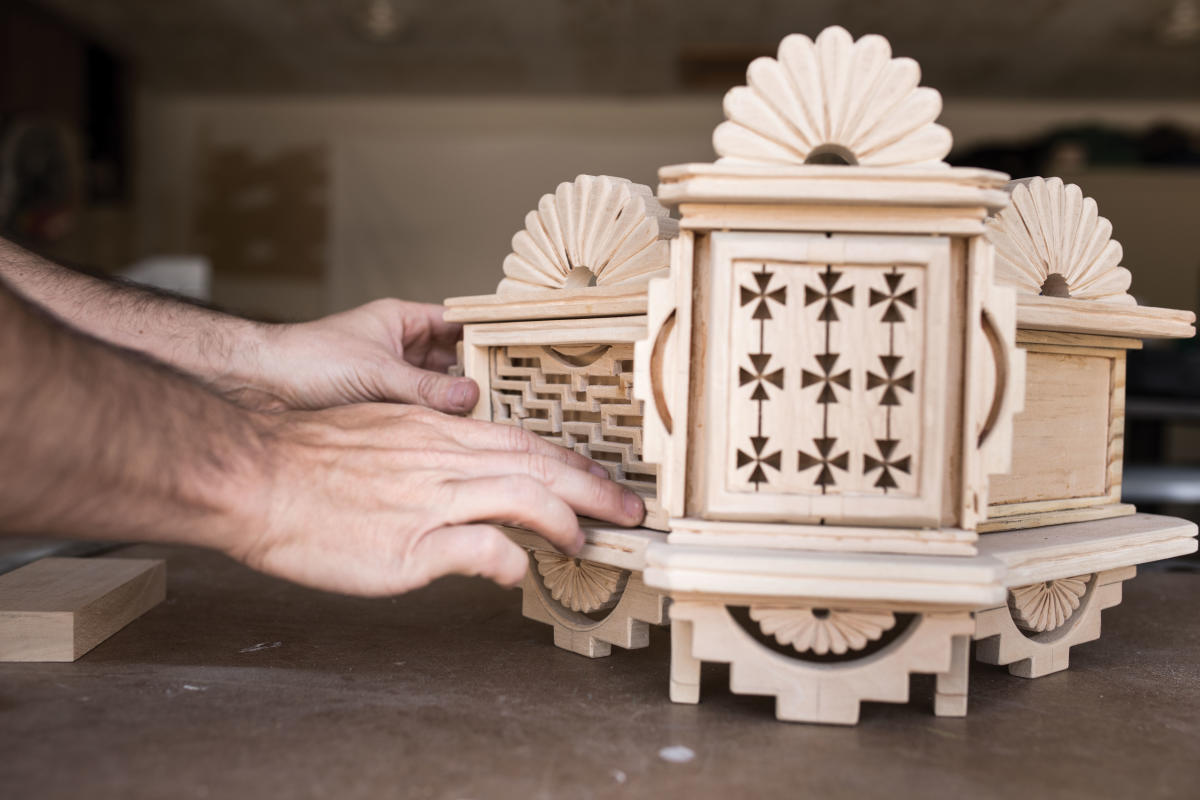 “I’m coming up on my third year in Traditional Spanish Market, and I buck the rules,” he says. “For two years, I’ve been told that I need to do this, do that. But how do you preserve something without moving it forward?”

Telles isn’t the first to ask the question, and he won’t be the last. As part of the Chicano art movement of the 1970s, Luis Tapia began defining new ways of melding tradition with modernity’s challenges. That evolution later drew artists like Nicholas Herrera and Arthur López, who adapted religious symbols to speak in new ways. One put a handcuffed Christ into a police car, some celebrated lowrider culture, and many held barbed riffs on technology, substance abuse, or the inherent power of women to be more than docile saints.

Growing up in Albuquerque’s South Valley, Telles knew nothing of santeros or their art. The child of working-class parents, he rarely went to church, didn’t take art classes while attending  Rio Grande High School, and didn’t think he would rise above a persistent sense of being the underdog. “I feel like all of us at Rio insulated ourselves, like we had a chip on our shoulder,” he says. “I come from a place that may be economically lacking, but it’s not poor. It’s very rich in tradition, pride, work ethic. I’ve been fortunate to be surrounded by people who are fighters and intelligent and do the right thing.”