'That Conversation Could Enrich Us': Artist Benjamin Muñoz Wants To Talk About His Work 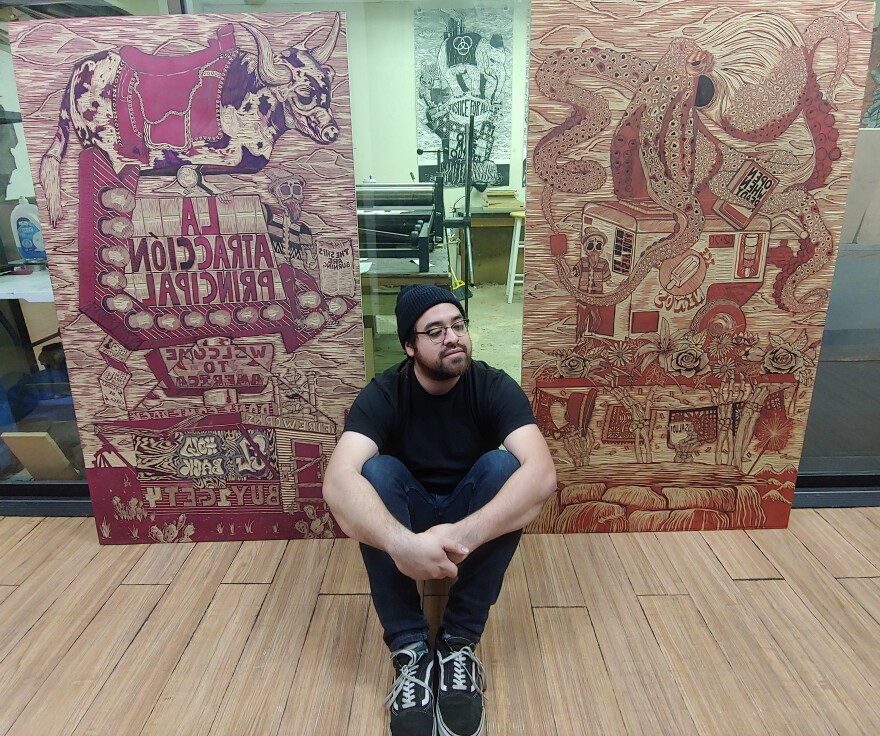 The show itself will largely consist of two bodies of work. “The first is called The Endless Endeavor,” Muñoz says. “It documents the story of my family, starting with my grandfather coming to the United States, and it explores the generations in between and ends with my daughters. So that’s a really fun thing that I’ve spent like maybe eighteen months carving.”

The second series, Familia, documents the role of family. Muñoz has been carving this series for a while; the father of two says “I didn’t have two kids when I started carving that, that’s how long the process was.” He says he’s come to better understand his role in the ongoing story of his family while he’s been working on the series. “[I’m] kind of understanding that now and understanding my role of oh, this is much bigger than me and I’m just one part of this endless cycle of life.”

Muñoz says he tries to make his work as specific to his experience as possible. “I didn’t want it to be about ideas of things,” he says. “I wanted to give personal examples of how I’ve seen things in my own life, how I’ve seen racism in my own family and how I’ve seen greed impact my family. And I think personal experiences are just so much more powerful than saying ‘You know, XYZ is a problem.’”