Hollis Chitto: Beauty in the Details 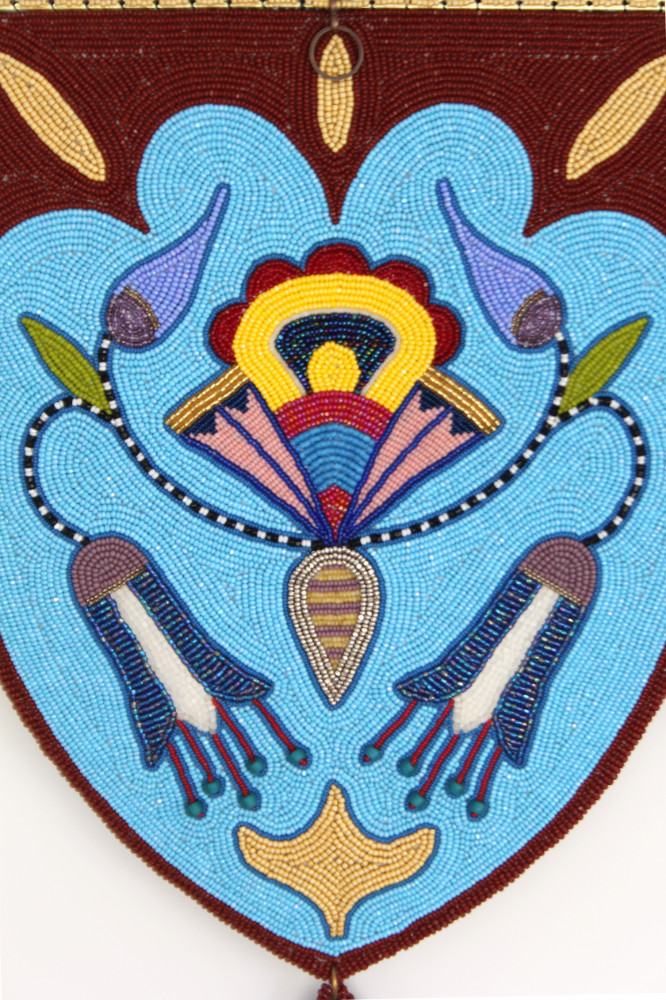 They say that beauty is in the eye of the beholder, and for Native American beadworker Hollis Chitto, he finds beauty in the simplest of things: flowers in the spring, a Santa Fe sunrise, or simply a color. “I can get inspiration anywhere,” he says. “It’s funny because sometimes I’m not even immediately aware of being inspired—I just see something and my mind quickly goes to how it could impact the design of a bag or a pendant. It’s like a snowball effect sometimes where I take inspiration and run with it.”

Hollis was just 10 years old when he found a shoebox of beads and porcupine quills in his family’s garage (his mother had at one time tried to teach herself the age-old craft) and decided to try it out himself. With an illustration book in hand, he first taught himself quillwork—an ancient native American artform that uses porcupine quills as aesthetic elements—and then beadwork, which is also deeply rooted in Native American history and tradition. Native American tribes first used quills hundreds of years ago to decorate clothing, moccasins, and jewelry. Eventually, as beads were introduced, they also began using beads of various sizes and styles. “For me, it was trial by fire,” Hollis says. “I like to learn everything about everything, so once I got started, it kept my attention and I wanted to learn everything about it. There’s so many ways to learn about beadwork and grow in the artform to find your own voice, and that was really appealing to me.”

Read the full article on GoodGrit

See all of Hollis' works